Home / Blog / SEO / The Condensed History of the Search Engine

The Condensed History of the Search Engine.

It would take a book to discuss how the search engine came to be what it is today, but in a nutshell, here’s what happened. It all began with Archie, a web searching tool designed in 1990. The name is a word play on “archive” and it was created by three computer science students from McGill University. Archie was able to download directory listings of every file listed on FTP sites. Back then, Archie didn’t have an archiving tool since the number of publicly available files then was so small, it was possible to look for them manually.

In 1991, though, Gopher became more popular, which led to the creation of two more search engines. Following the Archie trend, these were named Veronica and Jughead (based on the Archie comic series which was booming at that time). These search programs downloaded directories and indexed them using the Gopher program. Veronica’s name stood for Very Easy Rodent Oriented Netwide Index to Computerized Archives. Jughead was derived from Jonzy’s Universal Gopher Hierarchy Excavation And Display.

These early predecessors of the web-based search engine we knew today functioned offline, though. The very first search engine was the W3Catalog made by Oscar Nierstrasz in 1993. It was then succeeded by Aliweb, which was also fully operational a little later in that same year. Unlike the search engines now, though, Aliweb was manually operated by human administrators. There were no web robots back then yet. JumpStation was the very first web-robot administered search engine, and it was released only a month after Aliweb’s launch.

The platform was still primitive, though, and the indexing of the websites was limited to its titles and subtitles. In 1994, the WebCrawler was released, and this was the first search engine which indexed every word on the webpage. Soon enough, a multitude of search engines with the same features vied for popularity. These included Infoseek, Magellan, Inktomi, Excite, Northern Light, Yahoo! and AltaVista. It wasn’t until 2000 when Google finally dominated the scene.

Get a Free Quote Today!

Please complete the following enquiry form to request a free quote. Alternatively, you may call our office on (07) 55 687 515 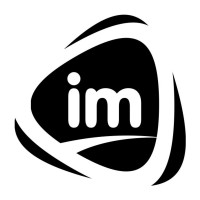 M
05:31 20 Sep 19
China Precision Foundries - Email me if you want a recommendation, I'm really happy with her, most importantly - Nicole does NOT charge Sydney prices as they all seem to do in Burleigh!!!